Statement by Rahat Aliev, ex-ambassador, leader of the Alliance for Free Kazakhstan

Criminal regime of Nazarbayev fabricated yet another case against me.
Previously I was already accused of treason, preparation of a military coup, supply of poisons, stealing money from my own bank and other acts which in the manual Nazarbayev court easily weighted for forty years of strict security prison. But when these clumsy fictions did not impressed independent European Court, the president hired a cohort of western lawyers, lobbyists and former prime ministers of several European countries and has ordered the chief of the KNB Abykayev to build the case according to “European standards” this time.
If the western court does not consider the testimony, taken out under torture and if it needs some evidences of crime — hence, these “evidences” will be made. Bodies? No problem.
So now attorney general Daulbaev — criminal himself, wanted by Interpol for fraud and forgery of evidence — accused me of involvement in the deaths of two former employees of Nurbank, who in due time robbed the bank.
In this regard, my statement is: I have absolutely no relation to this.
First of all, I do not have and and never had any motive.
The only beneficiary from the elimination of the two thieves were Nazarbayev and his associates. This case is a complete fabrication, which allowed president to remove me as his main rival from the political arena and to take over my bank worth of $350 million.
Second, the fabricated nature of this provocation is obvious — the data of official information from the Kazakh prosecutors doesn’t match one another.
These circumstances clearly indicate who is behind this affair.
Nazarbayev regime is no stranger to murder. All those who are dealing with a president must remember that this dictator has eliminated his major opponents  Zamanbek Nurkadilov and Altynbek Sarsenbayev, using the special units of the killers from the security forces “Arystan” which belong to Kazakh committee for national security. And he did it in most severe and ostentatious way, sending a sign of the rest of us: he is The Boss. The fact that it was Nazarbayev who ordered the killing of two politicians is the common knowledge in Kazakhstan.
But in my book, which you are not allowd to read in Kazakhstan by the fear of imprisonment, I have described other cases of Nazarbayev’s eliminations of his competitors.
Moreover, in Austia a criminal case is open against Nazarbayev himself on the suspicion of his involvement in execution of Sarsenbayev from the territory of Austrian Republic. At the request of Kazakhstan’s leading politicians and cultural figures as to react to this information, to talk to the public, president responded with the demonstrative silence.
Fabrication of a new case against me is important for Nazarbayev in order to eliminate me as his last opponent. He never even hided the fact that he was afraid of me as his main rival and did everything to discredit me. He was really afraid that one day he would lose power, and with it a guarantee of his immunity. But his crimes will be solved, and he will not escape the trail.

More:
Statement by Rahat Aliev, ex-ambassador, leader of the Alliance for Free Kazakhstan 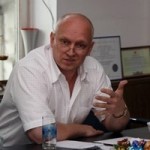 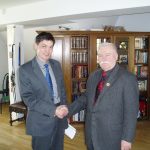