Address to the media and the public of Kazakhstan:

Address to the media and the public of Kazakhstan:

I have evidence that the killing of opposition politician Altynbek Sarsenbayev on February 13, 2006 was organized by the following persons:

Chairman of the KNB (2006 — Speaker of the Senate) Nurtai Abykayev,

with the participation of the current Prosecutor General of Kazakhstan Askhat Daulbaev.

Since February 2006, I and owned by me Kazakhstani media conducted our own investigation of this inhuman crime. Previous events led me to open such investigation. A few days before the murder, in the Austrian resort town of Klagenfurt, I witnessed a strange conversation between my father-in-law and the speaker of the senate Abykayev, who secretly came to visit him. During a private conversation Nazarbayev has repeatedly said, “issue with Altynbek to be solved immediately. ” 4 days after this conversation, Altynbek Sarsenbayev and his aides were arrested by officers of the National Security Committee of Kazakhstan in the heart of Almaty, then taken to the mountains and shot in the head.

The following trial on the executors of the murder has left by every observer the feeling of a hastily staged performance. As a contractor of the crime has been named Yerzhan Utembayev, modest assistant to the Speaker of the Senate. This person had neither the means nor the resources, but most importantly — no motive to commit such crimes. The judge pointedly ignored the statements by executors of the murder that the matter directly involved in the Speaker of the Senate Abykayev. Before the trail began, President Nazarbayev announced Utembaev guilty.

Currently, all members of this murder are already freed, except for a “scapegoat” person who was proclaimed a contractor.

I posses an information which refutes conclusions of the investigation and the trial.

In 1999, President Nazarbayev appointed me as the head of the Department of KNB. Therefore the mode of operation by the Kazakh secret service is not a secret to me. And this knowledge allows me to say: the version accepted by the trial that the killers acted on their own risk, without informing the leadership of KNB on its actions — absolutely improbable and impossible. To lead Special Forces on a combat mission in full battle gear is possible only by direct order of president of the National Security Committee. Such regime was implemented at the request of Nazarbayev himself, who is panicly afraid of attacks on him and those who can implement it. This fact alone (and all the regulatory documents are available in my archive) points directly to the involvement of senior leaders of Kazakh regime to execute Nazarbayev’s main political competitor.

The only beneficiary of these tragic events is the President of Kazakhstan Nursultan Nazarbayev. He got rid of irreconcilable opposition leader and at the same time demonstrated what expects any of his opponents.

My investigation was hampered by the fact that on May 2007 Nazarbayev brought down on me all the power of his repressive machinery. All my assets in Kazakhstan were taken away, my business was destroyed, I was divorced in absentia, illegally separated from my children, and declared the number oneenemy of the state. Even to read “Godfather-in-Law”, my book about the secret side of Nazarbayev regime, is a criminal offense in our country and is punishable by imprisonment.

However, this did not stop me — I went further to investigate the murder of Altynbek Sarsenbayev. The missing details were in place when the Wikileaks site array of information relating Kazakhstan and Nazarbayev. I currently have full evidence base on involvement of President Nursultan Nazarbayev and members of his entourage in the execution of the political opponent.

In 2004 following the direct orders by President Nazarbayev KNB had organized an attempt on the life of Mukhtar Ablyazov .

It is these people — Prosecutor General Daulbaev (who is wanted at the request of the Lebanese court for fraud and fabrication of criminal cases) and chairman of the KNB Abykayev (who previously appeared in the case of illegal arms sales to North Korea bypassing UN sanctions and the case of murder of Sarsenbayev) who are behind the latest provocation. Kazakh secret services report annually on the another findings of the remains of various bodies, or the tags on shorts, allegedly belonging to the criminals who stole the bank’s assets of Nurbank. Against both persons the criminal case was opened, but their backers in the security services had helped them escape. What happened to the escapees later — must figure out the ex-chairman of the KNB Shabdarbayev and Head of the Presidential Administration Alexander Dzhaksybekov (in my archive there is a record of the phone conversation, during which he tells his interlocutor that he should think about what to do with organizer of the theft).

I do not have anything to do with dissapearence of these individuals. Again, the sole beneficiary of their disappearance and possible murder is President Nazarbayev. With this provocation he removed from the political arena the man who announced plans to run for president. And at the same time Nazarbayev well earned: picked up without any court’ decision all of my business assets (including shares in Nurbank) totaling $350 million. That what Godfather-in-Law is.

I will make every effort to ensure that the truth about the crimes of dictator Nazarbayev will became the property of Kazakh people and the World community.

Rahat Aliyev, ex-ambassador,
leader of the Alliance for Free Kazakhstan

Read More:
Address to the media and the public of Kazakhstan: 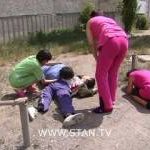 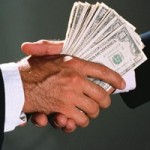