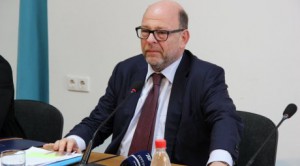 According to the lawyer, the Vienna court has acknowledged the charges against Aliyev for creation of an organized criminal group, for blackmailing and money laundering. The court also considers results of the investigation in Kazakhstan and the sentence pronounced in Kazakhstan on Nurbank case (kidnapping and murder of two top managers) reasonable and the testimony of the widows of the murdered managers trustworthy.

According to the judges, political arguments of Aliyev do not waive his responsibility for the crimes he is accused of. The court has decided that the results of the independent investigations of Vienna prosecutors not only confirm but even enhance the suspicions of Aliyev’s guilt.

Besides, the court has dismissed an appeal from Aliyev’s lawyer on unlawfulness of the searches in the office and the house of the ex-ambassador made in Austria in the summer of 2012.

The lawyer added that Aliyev’s case has become the biggest case ever reviewed by the Austrian justice authorities. “Investing big money, Aliyev has spent many years trying to arrange a position for himself in Austria so that he is viewed not as a criminal but as a victim. I am saying that he has bribed people and we can speak openly about it now. I think that he has bribed politicians from different groups. It took us a lot of efforts to prove that the victims of Rakhat Aliyev’s crimes had indeed suffered from the criminal group organized by Aliyev, who is now known as Shoraz,” Lansky said.

“Today we have the ruling of the Superior Land Court of Vienna. It shows that Aliyev’s statements that the accusations against him were fabricated and politically motivated have been proved wrong,” Lansky said. This is the first ruling of the Austrian court on Aliyev’s case that, in fact, destroys Aliyev’s arguments and certifies that accusations against him were reasonably grounded in the materials of the criminal case initiated in Kazakhstan, as well as in the results of the investigation of Austrian law-enforcement authorities.

“I will speak it straight out: the money invested by Aliyev in Austria may continue playing into his hand. But fortunately Austria is a EU member and many European politicians are calling to abstain from protecting the criminals like Aliyev (Shoraz) at the territory of Europe. In this respect I hope that this court ruling will be followed by presentation of accusations to Aliyev and by his imprisonment,” Lansky said.

German authorities started an investigation against Aliyev in relation to his purchase of Metallwerke Bender Rheinland. German prosecutors believe that around 100 cases of money laundering totally worth 9.56 million Euro were effected via Bender company in the period from 2005 to 2007, when Aliyev lived in Austria and worked as Kazakhstan ambassador to Vienna.

Aliyev is suspected of kidnapping and murder of two top managers of Nurbank in 2007. The bodies of Zholdas Timraliyev and Aibar Khassenov were discovered in 2011. Expert checks showed that the murdered managers were tortured. 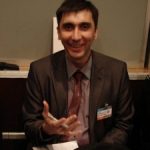 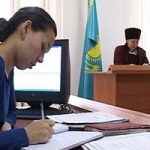