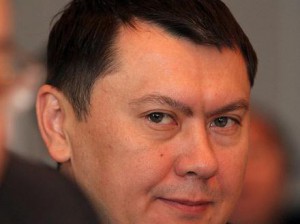 The former prime minister of Kazakhstan and his two bodyguards have presented their final submissions to the Maltese court, which has to decide on whether the Maltese police must investigate former diplomat Rakhat Aliyev.

Aliyev, 50, is accused by Akezhan Kazhegeldin of crimes against humanity when he detained, arrested and tortured under interrogation and while in imprisonment, his two bodyguards – Satzhan Ibraev and Pyotr Afanasenko – in an alleged act of political vengeances.

Kazhegeldin claimed that the former deputy head of the Kazakh secrete service, and once son-in-law to Kazakh president Nursultan Nazarbayev, attempted to force a confession from his bodyguards that the prime minister was planning a coup.

Aliyev has been living in Malta since 2010 after investigations were started by Viennese prosecutors into allegations that he commissioned the murder of two bankers in Kazakhstan. As former ambassador to the OSCE in Vienna, Aliyev was stripped of his diplomatic immunity in 2008 when a Kazakh court sentenced him to 20 years in absentia for the murders, and was forced to divorce Nazarbayev’s daughter.

But Kazhegeldin and his two bodyguards claim the Commissionerof Police in Malta has ignored three complaints they filed against Rakhat Aliyev throughout 2012, so that he is investigated for the crimes he committed against them.

Kazhageldin submitted that the crimes Aliyev is accused of are laid down both in the Maltese criminal code and also in the Statute of the International Criminal Court, to which Malta is a signatory.

The police had earlier in 2012 replied to Kazhageldin’s lawyers claiming that the facts alleged “lacked the legal elements which constitute crimes against humanity required by Article 54 C of the Criminal Code.”

“This argument does not hold because the evidence presented proves sufficiently that the actions of Aliyev are indeed crimes against humanity,” Kazhageldin submitted.

“It has to be recognised that the systematic attack committed by Aliyev is considered as a crime according to Maltese law. Taking into consideration the cumulative effect of this series of inhumane actions, the number of people who suffered, the participation of the Kazakhstan secret service (NSC), and the territorial scale in which these crimes were committed, one can see clearly that these attacks were aimed at the removal of Kazhageldin and the political party he created.”

Kazhageldin also said that in March 2012, assistant commissioner Andrew Seychell wrote in a letter that the crimes in the complaints were not “war crimes” as listed in the criminal code, and that Aliyev could “not be said to be a permanent resident in lieu of the disposition afforded to the term in the same article.”

But the former prime minister submitted that at no point did he allude to any war crimes in his complaint. “It clearly looks like the Commissioner is not giving the importance this complaint merits, because he did not even realise that the report was for crimes against humanity and not war crimes.”

Kazhageldin also said it was not true, as alleged by the Commissioner, that Aliyev was not a permanent resident as laid down in the Immigration Act. “Aliyev is married to an EU citizen and he has the right to obtain permanent residence… his status is also confirmed by foreign minister Tonio Borg in a reply to a parliamentary question. This is sufficient basis for Malta to have jurisdiction over Aliyev.”

Kazhageldin added that there is a universal jurisdiction over crimes of humanity, citing the Convention Against Torture and Other Cruel, Inhumane or Degrading Treatment or Punishment to which Malta is a signatory, obliging the country to arrest any aggressor under the Convention.

The submissions were signed by lawyer Cedric Mifsud.