EU officials and politicians are increasingly alarmed at Austria’s handling of Rakhat Aliyev, a former Kazakh ambassador legally resident in the country, who has been linked to several murder and torture cases.

These same documents show that a senior Austrian official responded early last month that Aliyev had no residence permit in Austria. This was apparently misleading information as shortly thereafter (16 June) an Austrian court recognised his residency by formally refusing to extradite him to Kazakhstan.
Aliyev moved to Austria in 2007 and in August of that year a Vienna court also refused to extradite him, fearing the justice system in his country would not give him a fair trial.

In a recent book, Godfather-in-law, as well as in an interview with the Austrian magazine Profil, Aliyev has attempted to present himself as a dissident against his former father-in-law, Kazakh president and dictator Nursultan Nazarbajev.

The Austrian authorities are refusing either to prosecute Aliyev, as required by Austrian law for serious crimes, or to give information necessary for a private lawsuit to be brought forth by his alleged victims. Two bodyguards for then-Kazakh Prime Minister Akezhan Kazhegeldin have accused Aliyev of personally torturing them.

Other alleged victims include two managers of the Kazakh bank Nurbank, whose mutilated remains were found last May, as well as his ex-lover Anastasia Novikova, who was also found dead.

Lothar de Maizière, the last prime minister of East Germany and also a prominent lawyer, is working on the case of Peter Afanasenko, one of the bodyguards in question. De Maizière expressed astonishment because Aliyev’s legal status requires him to have a residence permit to live in Austria.
“If a country gives a residence permit to somebody it must have this person’s address. In the Aliyev case there is no address provided and therefore it is not possible to put forward a lawsuit,” he said.

He added that he wants to launch a political discussion on how politics and justice at EU level and in the member states should react in such cases. “Violators of human rights must be held to account for their previous acts even if these acts had been committed outside of the EU.”

Afanasenko, who is currently living in Belgium, is planning on going to Brussels and Vienna to conduct research into who in Austria might be protecting Aliyev.

German centre-right MEP Elmar Brok and others are calling on Austria to take action on Aliyev’s case. “It would be absurd if the EU were to protect from prosecution those who have violated human rights,” Brok said.

“Aliyev should be prosecuted and sentenced for the violations of human rights he apparently committed against Mr Peter Afanasenko [one of the bodyguards], and the victim should be compensated,” he added.

Brok worries that the Austrian attitude could turn the EU into an asylum for human rights violators. The prominent MEP has formally requested the Austrian Justice Ministry to press charges against Aliyev and provide his address, to no avail.

Based on reporting by EurActiv Germany 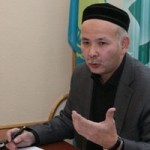