The situation in the country and in the world in connection with the coronavirus and economic crisis requires extraordinary measures and resolutely a reconstruction and reform of executive power. Now, after everything that has happened and will happen, your political future depends less on Nursultan Nazarbayev . It will be much more determined by the course and consequences of the pandemic, in conjunction with serious reform in the economy, labor market, social welfare and market.

On August 1, the Kazakh Health Ministry is going to publish the newest coronavirus statistics in our home country. I am afraid that those numbers will scare all of our fellow Kazakh citizens and that the authorities again will find excuses, not feeling a responsibility whatsoever.

Our country is in a very difficult situation, and much depends now on your actions. It is obvious that the real number of patients is no less than 300,000. I would recommend that you do not comment on the course of the disease, and even less make a diagnosis. Entrust this to the Minister of Health or his deputy. Moreover, the ministry should not, as already happened in the past, publicly declare a pneumonia only responsible for the current health crisis. This is an erroneous interpretation, and the Kazakh government has to justify for such fake news.

You are rightly associated with Nursultan Nazarbayev , so I will not offer a difficult choice: either — or. But the need for choice is dictated by life. I can only suggest a soft approach for both of you , while still possible.

A state of emergency in itself cannot bring long-term results. Ministries and other authorities should be subordinates to a single body with extraordinary powers, subordinate directly to the President.

You seem to understand this too. But the new body you have appointed for coordinating anti-crisis actions is obviously not working. Because the subordination of other authorities to it cannot be limited to health and epidemiological protection, since the pandemic and quarantine measures have a devastating impact on the country’s economy and social sphere. Therefore, it is necessary to transfer the issues of economic regulation, attracting investment and adapting the business climate to the required changes to this extraordinary body.

Instead, I would propose to create a temporary state emergency commission, combatting the epidemic and the economic crisis within the framework of the state of emergency. The Chairman should be the President of the country. The Deputy Chairman should be appointed not connected with the current government in any way.

In order to optimize the management of the country during the epidemic and overcome the crisis, it is advisable to combine the administration of the President and the office of the Prime Minister into a single body. The head of the joint administration should be an experienced technocrat, who will be able to organize and objectively evaluate the work of personnel in administration and on the ground.

In a state of emergency, the role of regional leaders also play a crucial role in overcoming the economic crisis, the potential for production growth and structural reforms increases. These regions include: East Kazakhstan region, Atyrau region, Mangystau region, Aktobe region, Karaganda region, and Pavlodar region.

The governors of these regions should be appointed with resolute administrators, who are able to mobilize the productive potential of the territories and enjoy the trust of the population. In particular, the Governor of the Mangistau region proposed a BB. We, the opposition and civil society of Kazakhstan could offer you names of candidates for all these areas.

They would be able to practice active patriotism, to mobilize local informal leaders and to keep the situation under control. For many years, the recruitment mechanisms have rotted so much that no acting mayor or MP has taken responsibility for the lives of fellow countrymen, has not stood next to you, ready to share the burden of responsibility.

All those people, who have not shown the ability to take and prove initiative, responsibility and determination, are not needed. They just wait and sit passively on their seats, assets, privileges.

The consolidated efforts of a central emergency authority and regional administrations should be aimed at carrying out medical, sanitary-epidemiological and social measures, designed to put an end to the epidemic, preserve the lives and health of citizens, and create an effective health care system.

At the same time, the commission will be charged with restoring the economiy, reviving closed businesses and encouraging the creation of new ones that meet the requirements of the world economy together with innovation and sustainability. This work should be based on a medium-term program to improve the economy and attract investment.

By the time economic activity is restored to its pre-crisis level, the emergency commission should propose a program for modernizing the country’s economy for the upcoming five years, aimed at overcoming our country’s only economical focus on raw material, moving it from a catch-up to an advanced trajectory of development.

We are confronted with a simple question: Will we preserve the fate of the Kazakh people and independent Kazakhstan, or will we continue to look back at a person, whose “legacy” is losing all meaning before our eyes?

For the next election, which — we are sure — will be earlier than expected, tens of thousands of voters who may have given you their support back in 2019 will not be able to vote for you again. They passed away because of ineffective health care and its entire management system. Meanwhile, the survived will no longer remain silent: Their protesting voices will go to friends and families, speaking on behalf of the victims and in their memory.

If the people do not see decisive action soon, they will take it upon themselves to restore justice and even to carry out retribution. Simply replacing the government is not an option. We need to restore confidence in the government!

You need to talk to your predecessor. His resentments and emotions do not concern anyone, when necessary to save the people. It is obvious that the security guarantees of Mr. Nazarbayev will depend on its conscious behavior now. He had an exceptional chance to remain in the people’s memory as a kind and caring father of the nation. He might have been, if, in the hour of common trouble, he would have shown sympathy for his brothers and sisters. But it didn’t happen.

Many years ago, the then President asked me: Will you always criticize the government and give recommendations? Or will you come and take responsibility? Then, we all worked together and pulled the country out of collapse, built new institutions of an independent Kazakhstan. During that time, envy and self-interest were just beginning to form around him. Now, it will be only possible to provide such guarantees to Nazarbayev, if it does not intrigue and prevent us from saving the economy and the health of the people.

Our offer is not a deal. We offer you joint actions and shared responsibility for reaching results.

We ask you to take the side of your citizens and your voters. Your duty is to be on their side, not to try to save 100 people who have become fabulously rich during the 30 years of Nazarbayev’s rule.

We also do not insist that you immediately condemn them, we insist on an amnesty, so that they receive legal guarantees not being prosecuted in the future, if they return a significant share of illegally acquired wealth back to the country, at the disposal of the people of Kazakhstan. The people need these funds today!

Once again, openly and directly: I and my young colleagues are ready to carry out vital reforms and intend to achieve them – in the social sphere, in the economy, in the political system. We do not ask your permission to do this, but we offer to do it jointly together. We need a clear answer.

There are only two options – we challenge the future together or you will remain in history with Nazarbayev and his “Nur Otan” club. The window of opportunity is extremely limited, both in time and in actions. Four months of inactivity reduced all possible waiting times.

In conclusion, regarding my personal role in this process:

I am sure that you will feel not only satisfaction by restoring justice, but also support from the Western political community, which has considered me a victim of political persecution for the last 20 years. In our Kazakh society, this step would be appreciated, too. Our people understand, what justice and wisdom are. 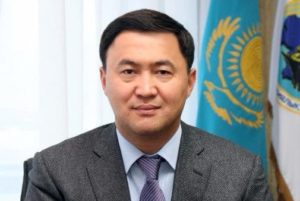 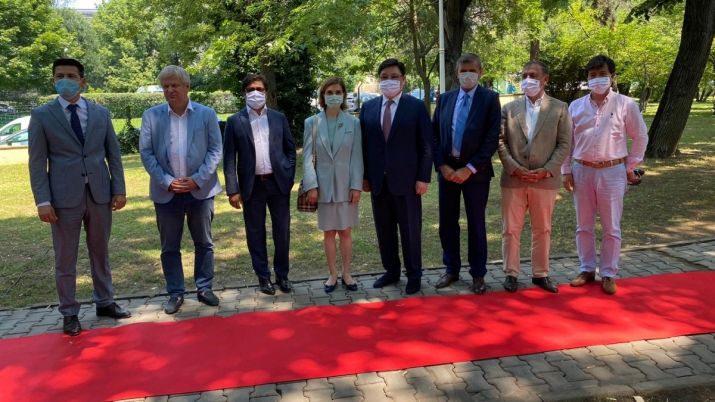 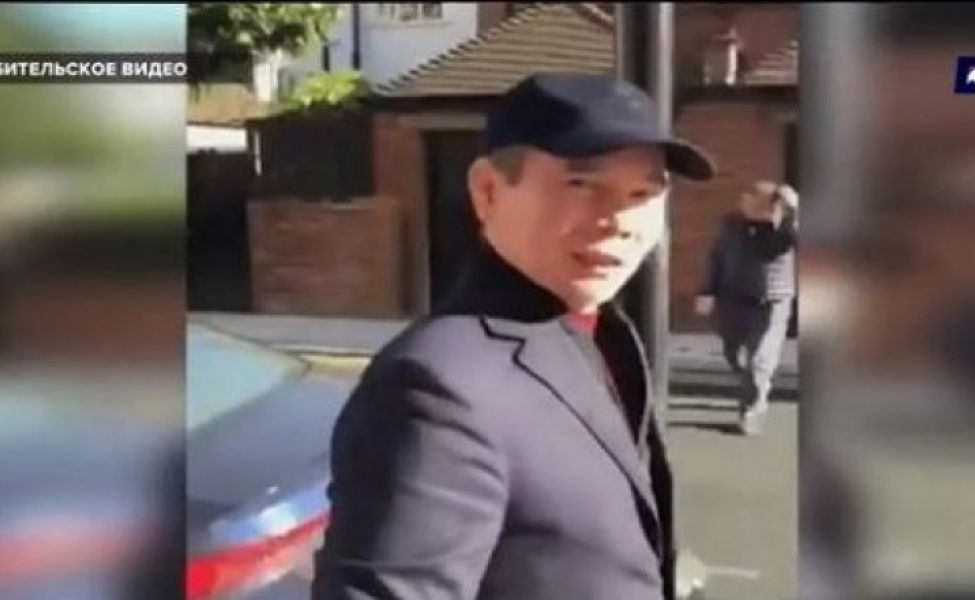 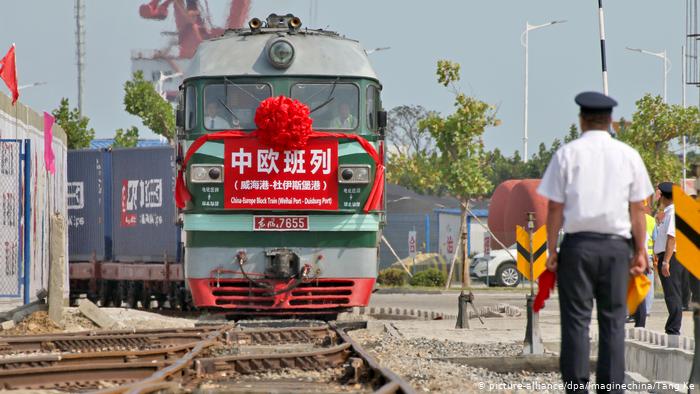